Edward L. (“Lee”) Metzger III is one of the premier trial lawyers in Northern Kentucky.   He is licensed to practice in Kentucky, Ohio, and Indiana, in the United States Court of Appeals for the Sixth Circuit, and in the United States District Courts for the Eastern District of Kentucky, Western District of Kentucky, Southern District of Ohio, and Southern District of Indiana.  His practice primarily consists of defending those accused of serious crimes and representing individuals, businesses, and insurance companies in personal injury cases.  He is well-recognized for his abilities, having been named by Super Lawyers© as a Rising Star from 2019-2022.

Lee’s passion is in his robust criminal defense practice.  He routinely defends those accused of serious felony offenses, particularly in federal court.  The long and short of it is that you need Lee if you’re in “big trouble,” facing lots of time in prison or other serious consequences.  Other lawyers often call him for advice on their criminal cases.  He is a member of the Criminal Justice Act Panel in the Eastern District of Kentucky at Covington, and has tried a number of criminal cases designated as “complex” by the federal judiciary.  He has guided clients through many types of criminal allegations.  Examples include:

Lee also handles appeals, § 2255 motions, and habeas corpus petitions for post-conviction relief.  He is a member of the Criminal Justice Act Panel for the United States Court of Appeals for the Sixth Circuit, and regularly represents indigent defendants in criminal appeals.  He has briefed a number of petitions for a writ of certiorari to the United States Supreme Court.

Examples of his success in the criminal arena include:

Representation of a defendant who was federally charged in a carfentanil conspiracy that resulted in an overdose death.  The mandatory minimum sentence was life imprisonment.  Due to Lee’s adept management of the case and the filing of several key defensive motions, the charge against his client was dismissed.

Defense of a wrongfully accused individual in a child pornography case.  The case was tried, resulting in a hung jury and subsequent dismissal.

Defense of a man charged with being a felon in possession of a firearm.  The case was dismissed after the filing of several defensive motions.

Born and raised in Kentucky, Lee is dedicated to serving the local community.  He is presently the Chair of the Kentucky Bar Association Young Lawyers Division, after serving for several years as a YLD Executive Committee member.  He is frequently a presenter at the KBA’s annual convention, where he presents continuing legal education seminars on a variety of criminal law topics.  He has also previously served on the KBA’s Budget & Finance Committee (2019).  In addition, for many years he has served on the Nominating Committee for the Northern Kentucky Bar Association.  He was a longtime member of the Editorial Committee for the NKBA’s bimonthly magazine, Lex Loci, and regularly contributes articles to that publication.

He is a 2018 graduate of the Kentucky Chamber of Commerce’s ELEVATE Kentucky program, “The Best Class Ever.”  He regularly volunteers with Catholic Charities in Covington in their Jail Ministry.  He has previously served as a member of the Diocese of Covington’s Pro-Life Advisory Board (2014-2017), as President and Secretary of the school board for Covington Catholic High School (2011-2017), and as Secretary for the St. Agnes school board (2020-2022).  He is an ADF-Allied attorney, and has received extensive training from the Alliance Defending Freedom in the areas of First Amendment religious liberty, marriage and the family, and bioethics.

Lee earned his undergraduate degree from the University of Kentucky in 2007 and his juris doctorate from the Notre Dame Law School in 2010, which uniquely positions him as a member of two of the most passionate fan bases in all of college athletics.  His personal interests include theology/apologetics, whitetail deer hunting, UK basketball, Notre Dame football, and the NFL, particularly the Cincinnati Bengals.  His fascination with all things NFL led him to create HailMaryFootball.com several years ago, a site dedicated to fantasy football research and analysis.  He remains the site’s editor-in-chief and primary content creator. 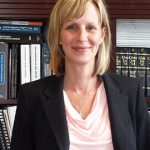